In very cool but with no rain conditions the finals of the Goulburn Murray Golf District women’s interclub pennant were played at Shepparton Golf Club on Monday 6 June.

In addition to the pennant finals an individual stableford event was held for a group of brave golfers keen to support the finalist teams and enjoy the day.  In this event the Winner was Chris Cairns from Numurkah with 34 points and runner up Catherine Kelly from Rich River 31 points and a nearest the pin went to Debbie Morden for a great shot on the 12th hole.

At lunch the Shepparton Women’s President Suzy Phillips-Limon welcomed all the players and then before commencing presentations District President David Roberts thanked all those involved at Shepparton Golf Club for making their course available and for their hospitality and added thanks to all the competitors who represented their respective clubs in each five person team.  Roberts was then joined by District Women’s Captain Mandy Faram who presented the trophies.

The Division Four finalists saw two Shepparton Teams, Gold and Blue, face off against each other in what some people described as the grudge match.  Margie Sneyd and Ruth Stephan starred for the Gold team with two big wins and then another win to Teena Hicks.  Julie Cobbledick and Mort Davies registered wins for the Blue team.  However, with 3 wins against 2 wins Shepparton Gold were the happy winners.

In Division Three Valley View, who reached the finals after a significant win against Shepparton in the rain last week, took on the team from Cobram-Barooga.  Big wins to Valley View’s Jan McHale and Helen Armstrong then a fight back from Cobram-Barooga presented a very tight affair with the teams locked at two individual matches.  Many players abandoned the warmth of the Clubhouse to watch and await the outcome of the final match. In the narrowest of margins Bev Lyon defeated Pam Power 1 up to give Valley View their third win and consequently a team win to Valley View three to two.

Division Two with Valley View again in contention, this time against Shepparton.  Shepparton got away to a great start with two wins including Team Captain Viv Harding leading from the front with a strong win. The ever reliable Helen Emery fought back for Valley View, but then two more wins to the Shepparton Team  including a close come from behind win to Mandy Faram saw Shepparton register a four/one win.

In Division One, it would be safe to say some of the best consistent golfers in the District from Cobram-Barooga and Numurkah were to do battle.  The Cobram-Barooga guns Maxine Saddler and Rowena Wallace played strong match play golf to register good wins, but it was the first three Numurkah players Bev Hutchins, Julie Kirchen and Bev McIntosh who settled early and played steady golf to all register 4/3 wins and therefore get Numurkah over the line for a 3/2 team win.  The Numurkah team Captain Julie Daniel, who has played a lot of pennant was overcome with joy and thanked all the women who participated in pennant over the season.  Two years in a row for the Numurkah girls who are now keen for the hat trick.

While Numurkah plan for a Division One Hat trick, special congratulations must go to each of the winning clubs in Divisions Two, Three and Four as they achieved the hat trick, all be it with a gap in 2020 when pennant was not played because of Covid pandemic restrictions. 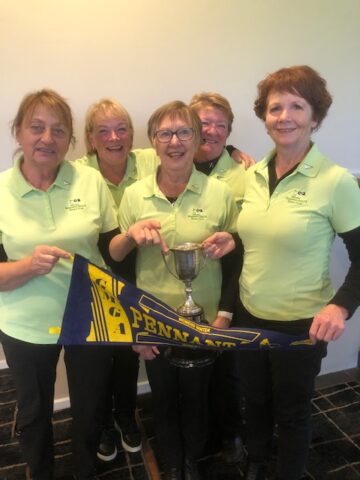 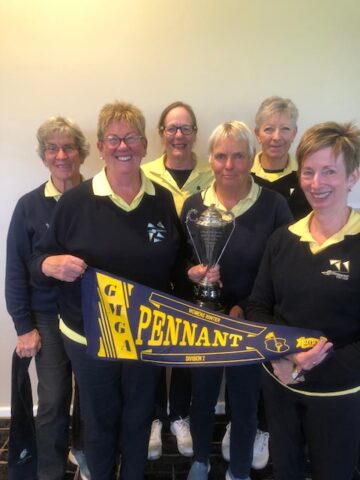 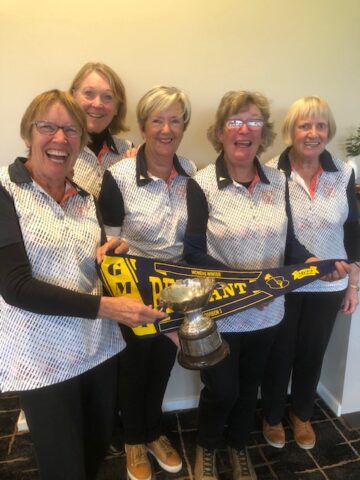 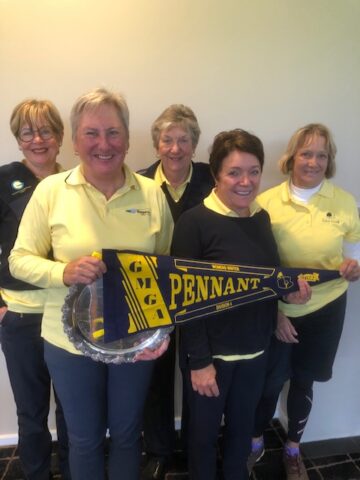